Abdul Latif Nasser is the first detainee to be transferred by the Biden administration in its quest to close the Pentagon prison, which now holds 39 men.,

A freed Guantanamo Bay detainee is reunited with his family in Morocco.

The former Guantanamo detainee Abdul Latif Nasser was reunited with his family in Casablanca after U.S. troops turned him over to Moroccan state custody, his lawyers said Tuesday.

U.S. troops airlifted Mr. Nasser, 56, from Guantanamo Bay on Sunday in the first release of a detainee from the prison by the Biden administration. American and Moroccan officials had agreed to security arrangements for his return in the last days of the Obama administration, but the deal was put on hold when President Donald J. Trump halted all transfers upon taking office.

“He is ecstatic,” said Bernard E. Harcourt, a New York-based lawyer and law professor, who represented Mr. Nasser in federal court. He and his co-counsel, Thomas Anthony Durkin, spoke to Mr. Nasser by phone at his family home in Casablanca, and declared the former prisoner of more than 19 years in good spirits. He was particularly buoyed by being reunited with extended family members who had gathered for Eid al-Adha, the Muslim holy day known as the Feast of Sacrifice, Mr. Harcourt added.

“He did say it was amazing for him to go home when all his family was there,” Mr. Harcourt said.

Mr. Nasser’s legal status in his home country was unclear. He was held for a time Monday in a jail near Casablanca, and Moroccan justice officials said in a statement that the police were investigating him for alleged involvement in terrorism.

The investigation was not unusual. Previous Moroccan citizens who were repatriated from Guantanamo were held for days, if not months, and some were charged with terror-related offenses.

The London-based legal and human rights advocacy firm Reprieve said in a statement that Mr. Nasser would not be doing interviews with news organizations “for the foreseeable future.” It quoted him in the statement as declaring that, although he was born on March 4, he considered himself “born again on July 19,” the day of his release from U.S. military detention. 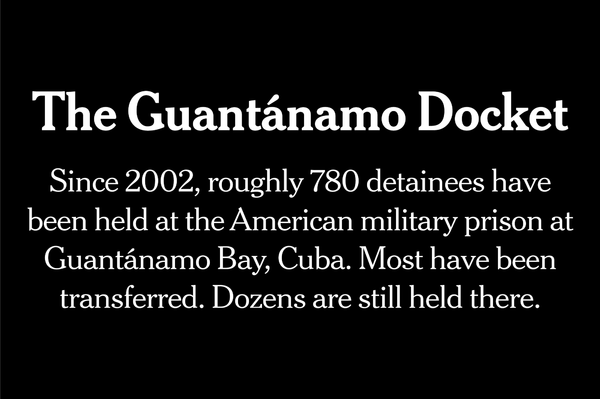 Since 2002, roughly 780 detainees have been held at the American military prison at Guantanamo Bay, Cuba. Thirty-nine remain.

In the Midwest, Much of Wisconsin Braces for Severe Storms