The most populous U.S. state lifted most of its Covid restrictions but remains divided politically over whether it could have done so sooner.,

California reopened its economy on Tuesday with a mix of joy, worry and anger.

California lifted most of its Covid-19 restrictions and officially reopened on Tuesday, marking the moment with state-subsidized vacation giveaways and $15 million in vaccine lottery prizes as it emerged from the pandemic politically divided but economically formidable.

One of the last U.S. states to reopen, many of its health restrictions had already been relaxed or will not be completely phased out until autumn. Still, the formal unwinding of pandemic rules in America’s most populous state was yet another signal of a national turn toward recovery. One out of every eight Americans lives in California, which generates 14.5 percent of the nation’s gross domestic product.

“There is no American recovery without California’s recovery,” Gov. Gavin Newsom said in an interview Monday as merchants prepared to ditch the masks and occupancy constraints that have limited both commerce and the coronavirus. “The good news is the state’s economic recovery is well underway.”

The coronavirus has infected some 3.8 million Californians and killed more than 63,000 since the pandemic started — more deaths than any other state, because of the size of California’s population. At the same time, the state has been especially aggressive in combating the virus, occasionally walking a fine legal line in balancing civil liberties with public health needs. 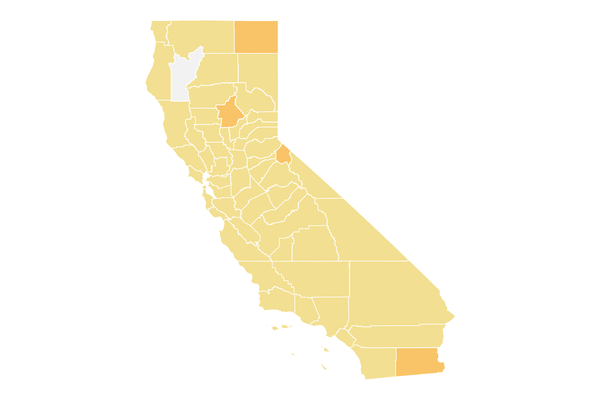 See the latest charts and maps of coronavirus cases, deaths, hospitalizations and vaccinations in California.

In April, the U.S. Supreme Court struck down some of the state’s pandemic restrictions on religious gatherings. And Mr. Newsom’s pandemic policies have helped fuel a Republican-led recall campaign against him.

“The state erred on the side of caution, and that’s impinged on personal freedom in favor of public health,” said Dr. Christopher Longhurst, the chief information officer for the health system at the University of California San Diego. “But it saved lives.”

Two earlier attempts at relaxing health rules ended with surges in new cases, but the calculus has changed significantly with immunization.

With help from the Biden administration, California has invested heavily in vaccinations, offering more than $100 million in immunization incentives and opening clinics in a wide range of places, including farmworker communities, strip malls and sports arenas. For months, the state has had one of the nation’s highest vaccination rates and lowest positivity rates.

The governor was scheduled on Tuesday to preside over a vaccine lottery drawing, awarding 10 prizes of $1.5 million to Californians who had received at least one vaccine dose. Next week, the state will award an array of free California vacations to travelers who have been vaccinated, including a stay at Disneyland — which raised attendance limits and dropped mask requirements for vaccinated visitors starting Tuesday — and 10 weddings at a resort in the Napa Valley.

Californians responded to the reopening largely along political lines, much as they have to the movement to recall Mr. Newsom.

In liberal bulwarks such as San Francisco, officials said they would continue to exercise their option to impose tougher pandemic rules than the state’s, requiring proof of vaccination for employees in high-risk workplaces such as hospitals and skilled-nursing centers.

In Los Angeles, Roselma Samala, the co-owner of Genever, an Art Deco-inspired gin bar in the city’s Historic Filipinotown, said that despite the statewide reopening, she and her partners did not plan to resume indoor service until July 15.

“Just bringing in a dollar isn’t worth it to us if our staff’s health or our community’s health is going to be impacted,” Ms. Samala said.

In the more rural and conservative Central Valley, Jerry Dyer, the Republican mayor of Fresno, said his constituents largely felt that the health rules could and should have been lifted sooner, and that it was difficult to celebrate reopening without also thinking of the livelihoods that were crushed in the effort to save lives.

And in the red-tinged suburbs outside the state capital in Sacramento, small-business owners openly blamed Mr. Newsom.

Most counties had already lowered their case rates to a point that allowed public gatherings and indoor dining service, but the new approach effectively ends the entire color-coded system that set tiers of rules based on infection levels.

Large indoor events, such as N.B.A. games and concerts, will require a negative coronavirus test or proof of vaccination for entry. The state has strongly recommended similar requirements for admission to large outdoor venues such as Dodger Stadium.

Masks will continue to be required in crowded and high-risk areas — hospitals, long-term-care facilities, public transit, prisons, homeless shelters. But otherwise, the state generally will not mandate masks for people who have been vaccinated, and enforcement will largely be on the honor system.