For Tenants Nationwide, a Scramble to Pay Months of Rent or Face Eviction

A federal eviction moratorium is scheduled to end on Saturday. Many tenants are packing up and facing an uncertain future., 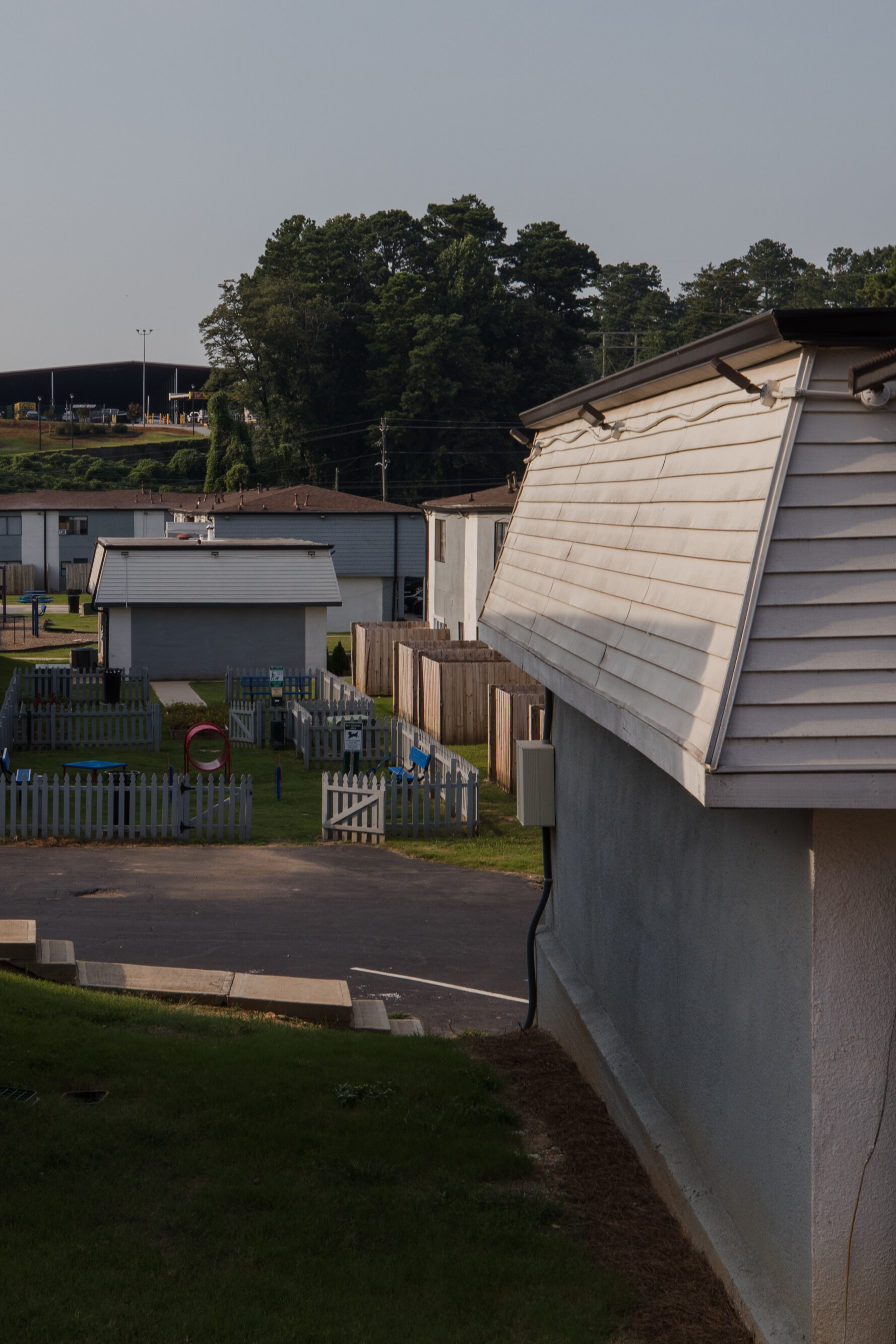 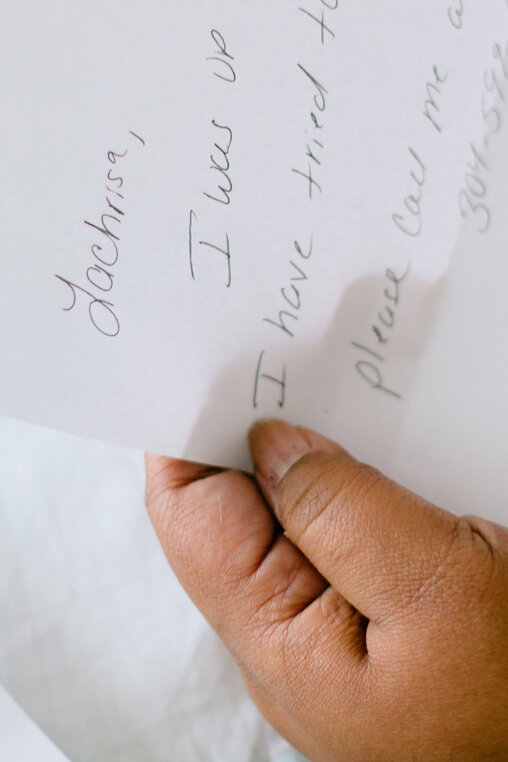 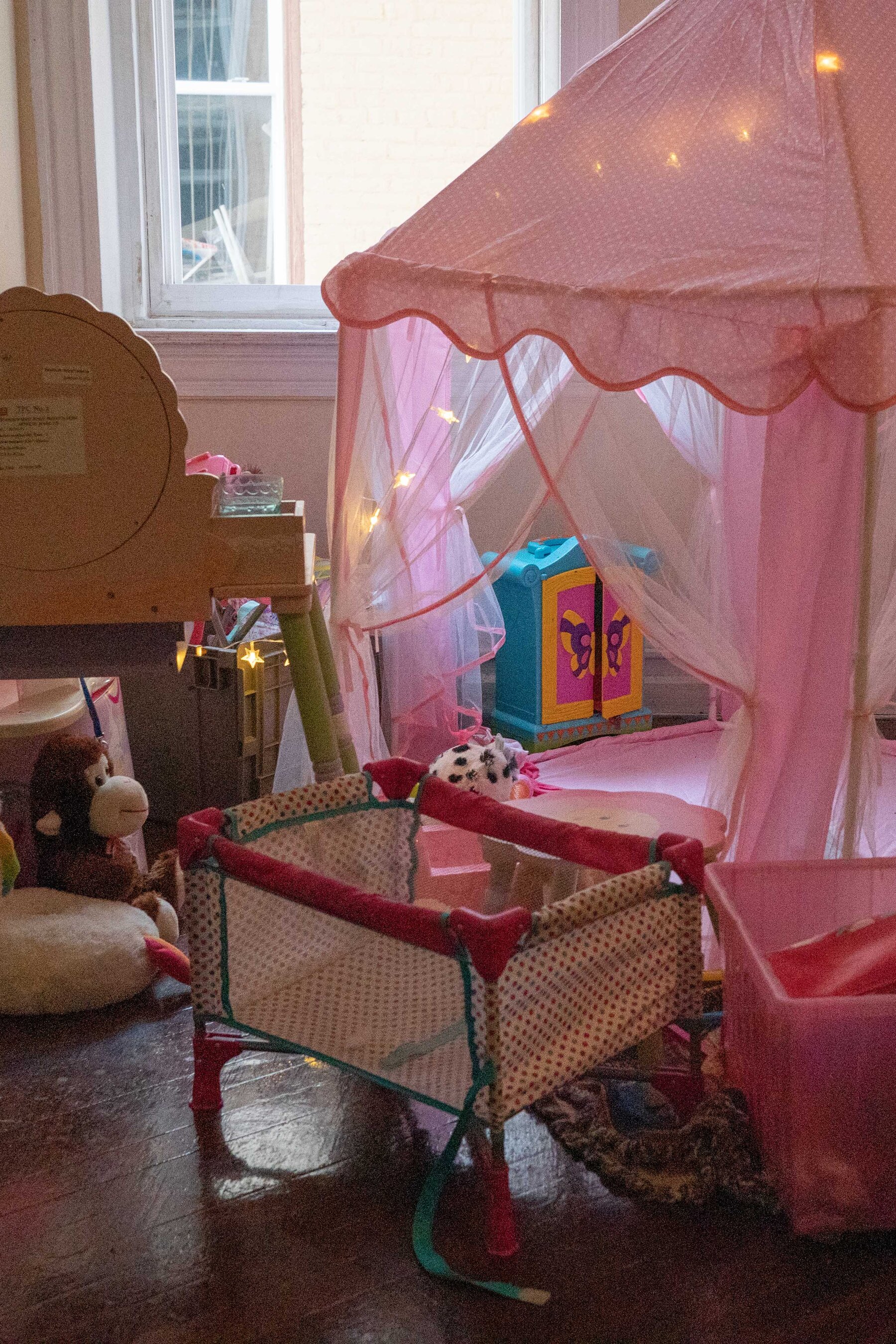 Renters racked up billions of dollars of rent debt during the pandemic.

That bill will come due when the eviction moratorium expires on Saturday.

Many still waiting for rental assistance are on the verge of losing their homes.

For almost a year, a federal moratorium on evictions allowed tenants who suffered economic losses from the coronavirus pandemic to stay in their homes.

Now, the moratorium’s scheduled expiration at midnight on Saturday has left renters around the country packing their belongings and facing an uncertain future as they search for housing options. Already, homeless shelters have been adding beds in preparation for an influx of people in need of a safe place to live.

The Census Bureau’s most recent Household Pulse Survey, which captures the impacts of the pandemic, found that 3.6 million people thought it was somewhat or very likely they would be evicted within the next two months.

The moratorium was established by the Centers for Disease Control and Prevention in September to keep people in their homes and away from crowded settings where the coronavirus could spread easily. The protections were extended several times but also had a catch: Rent payments were delayed, not forgiven.

Now, many renters fear that the bill is coming due at a time when they have no way to pay it.

“The government can’t imagine the harm it’s doing to us,” Migreldi Lara said in Spanish about the impending end of the eviction ban. She and her three children are facing eviction from their apartment in Reading, Pa., after she lost her job and fell thousands of dollars behind on rent.

The moratorium has shielded struggling renters from eviction whether they lived in public or private housing, as long as they could prove they had lost income during the pandemic, attempted to obtain rental assistance and made an effort to pay as much rent as possible.

For many renters and advocates the expiration has a particularly painful sting because only a small fraction of the rent assistance approved by Congress has been distributed. Many small landlords have been anxiously awaiting the funds, too, as bills pile up.

Some cities and states, including California and New York, have their own eviction moratoriums that will outlast the federal one, but many renters will be left to rely on assistance funds. Through June, however, local governments had distributed just $3 billion of the nearly $47 billion in rental assistance that Congress made available, according to the Treasury Department. Cumbersome documentation requirements have kept many people from getting the money they need to avoid eviction.

“The most frustrating and maddening thing about facing down this eviction cliff,” said Diane Yentel, president of the National Low Income Housing Coalition, “is knowing that there are abundant resources to assist tenants.”

Here are some of their stories.

‘We are going to collapse’ 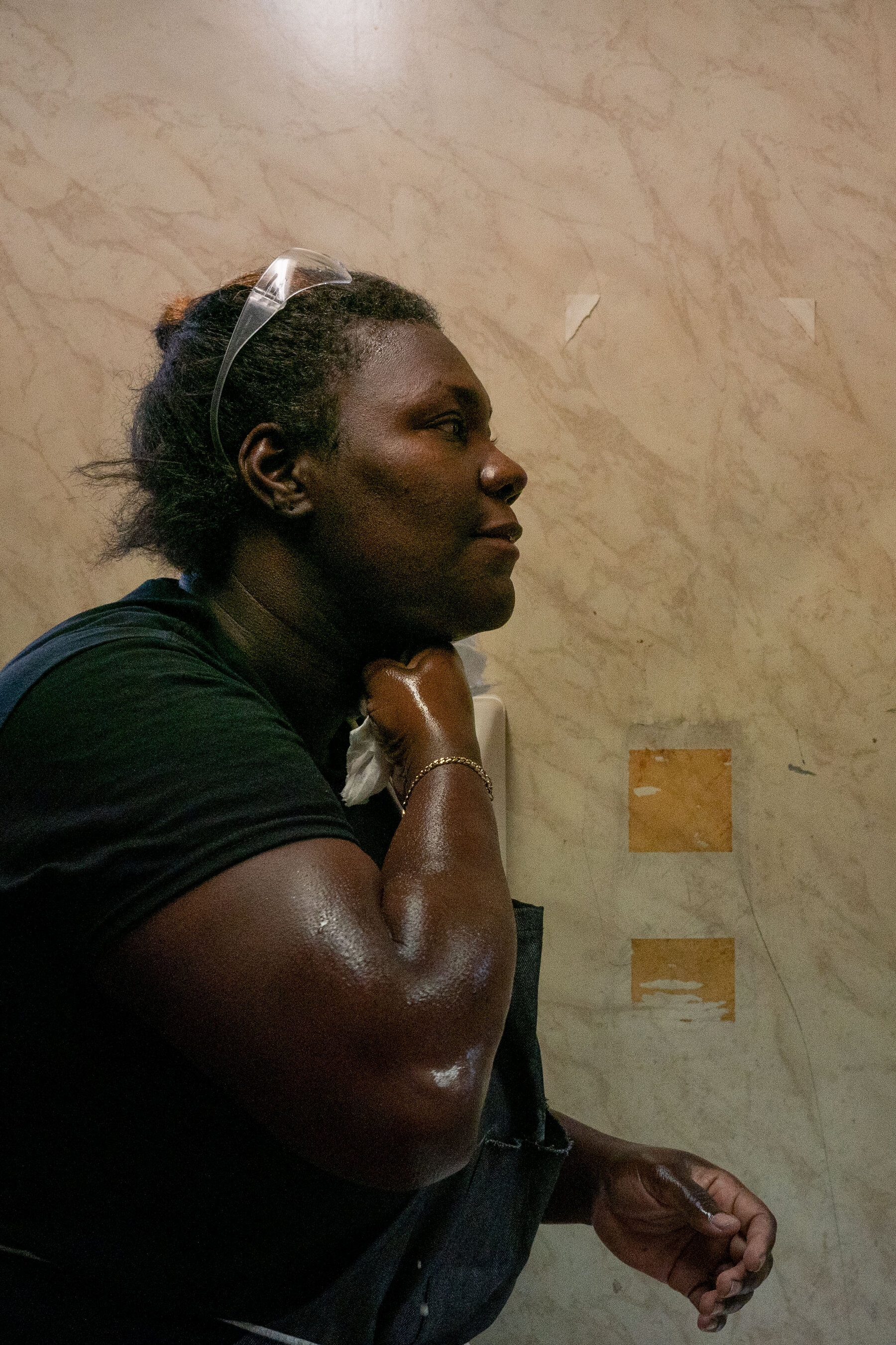 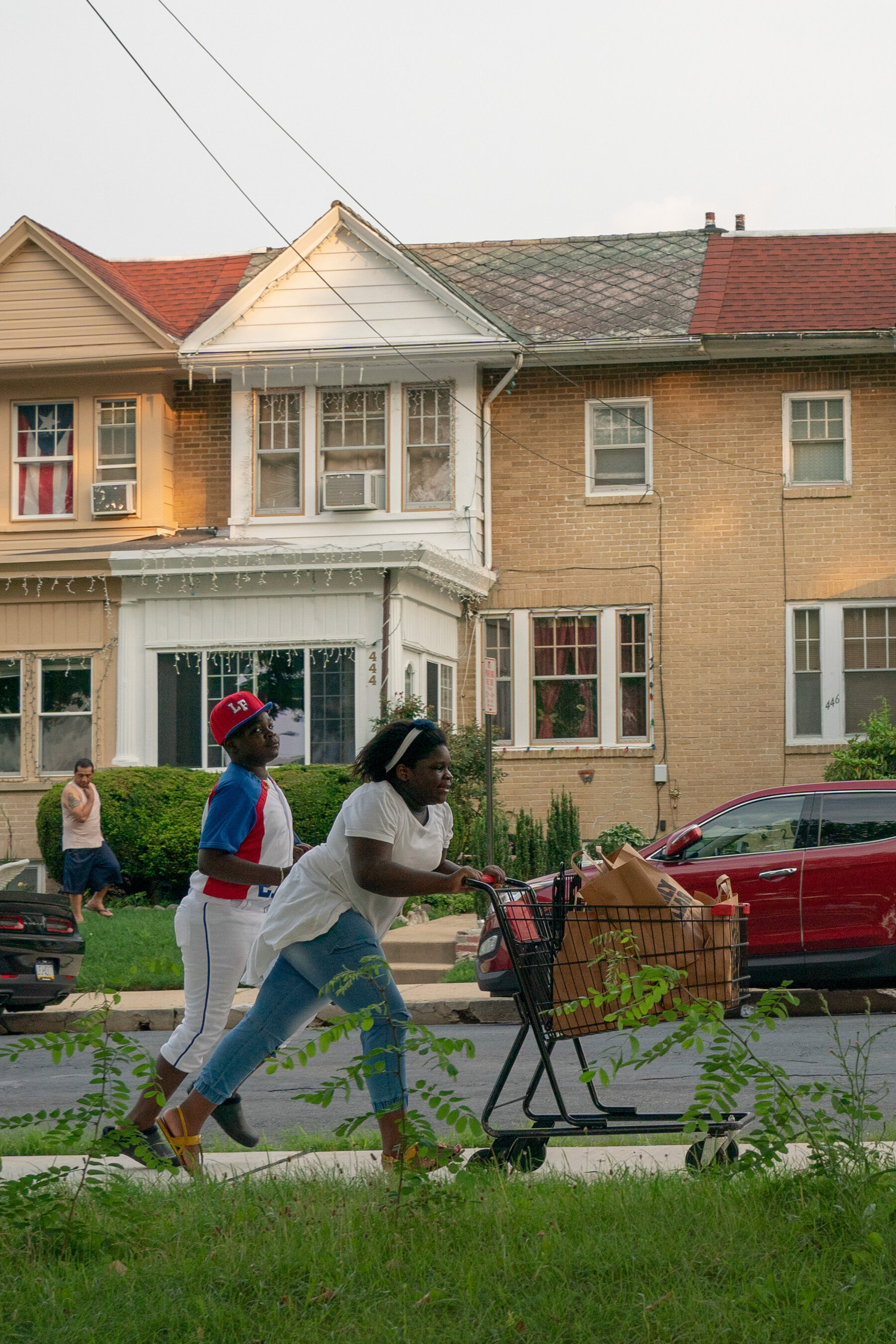 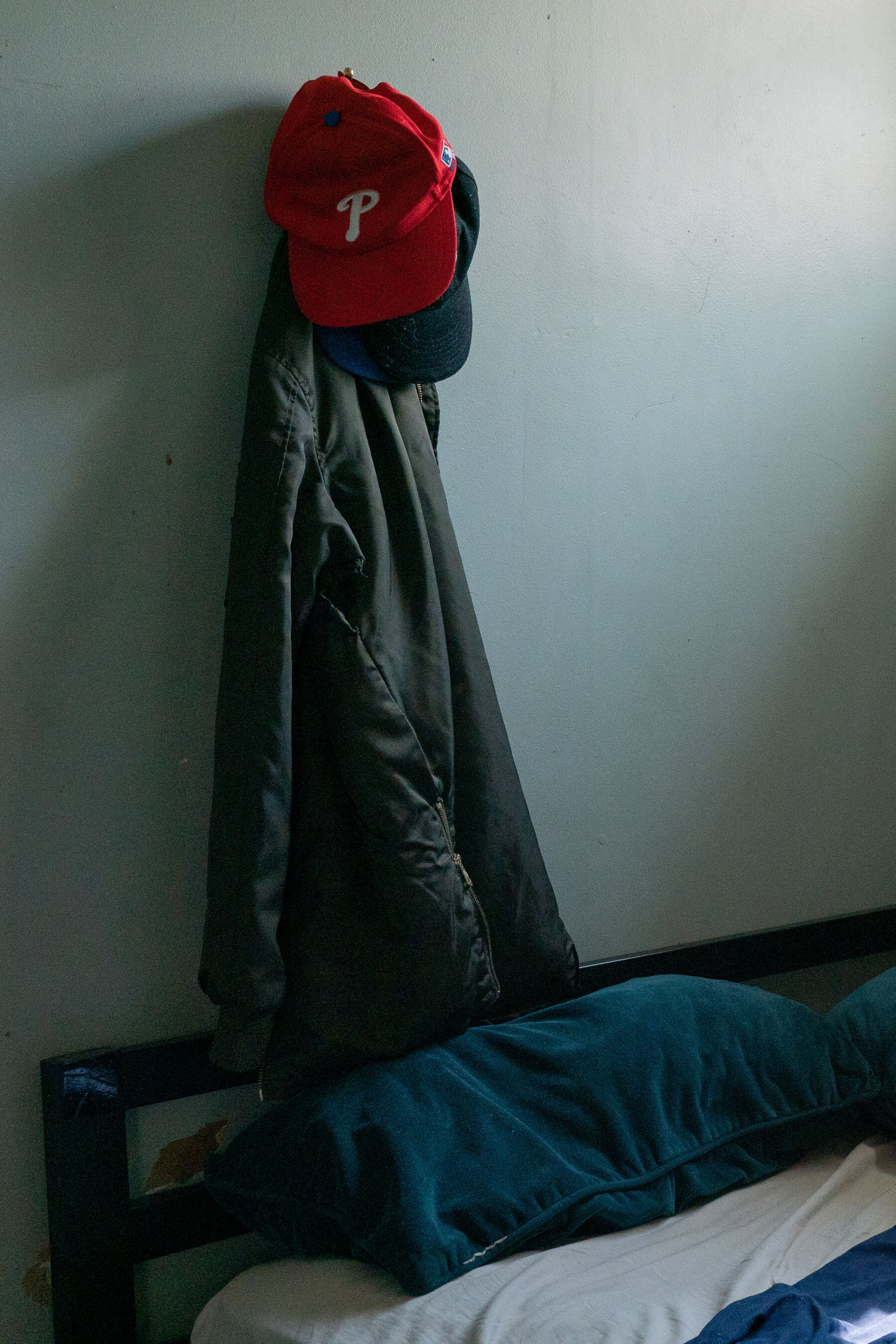 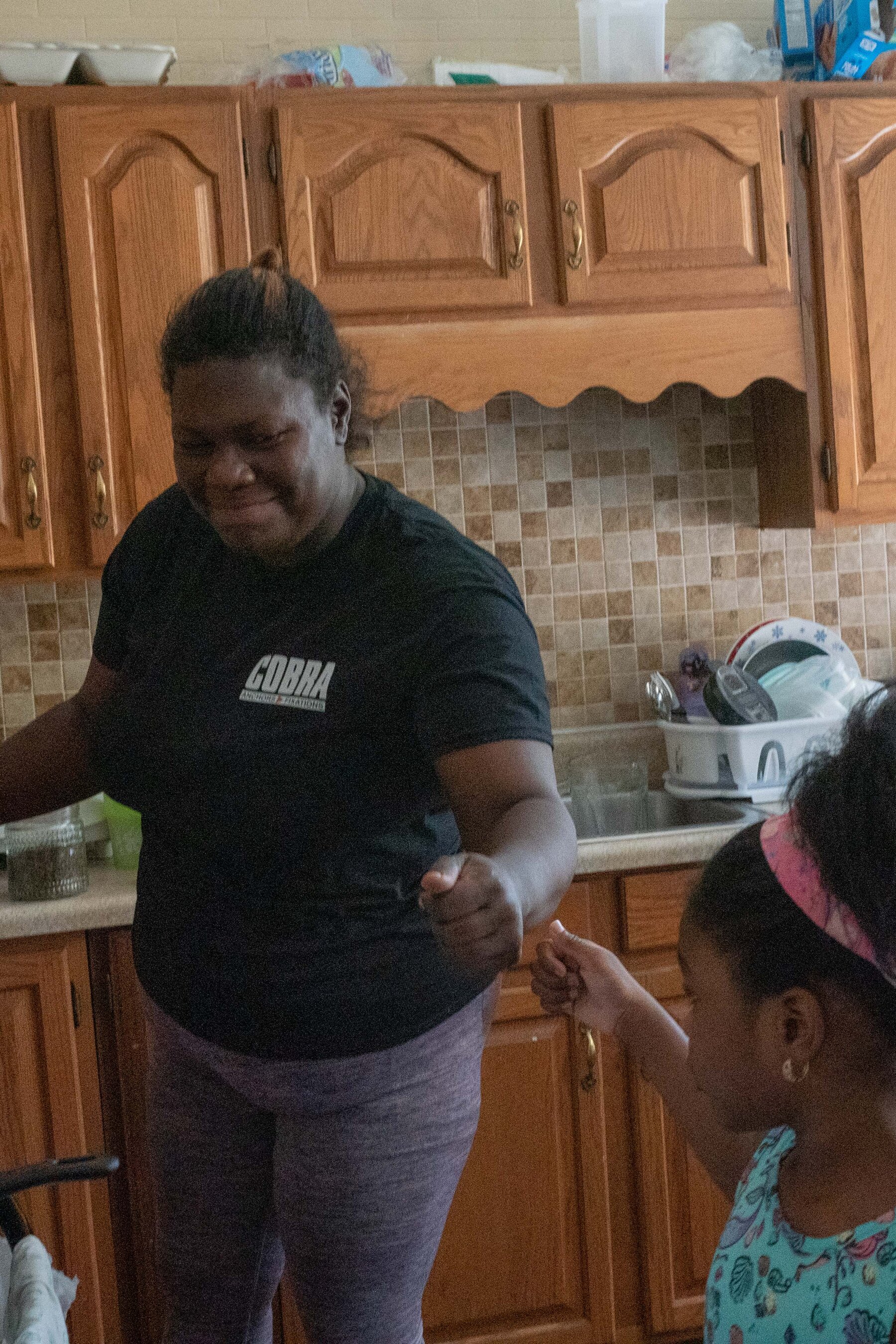 Migreldi Lara fell behind on rent when she lost her job at a salon during the pandemic. Now she’s working at an iron factory and struggling to make ends meet.

She’d envisioned raising her children in their current neighborhood, where they have a park, schools and grocery stores nearby.

With over $6,000 in back rent and late fees to pay, she’s not sure where they will go if her landlord evicts them.

She has applied for rental assistance three times but hasn’t received anything.

A few months after Migreldi Lara moved from the Virgin Islands to Reading, Pa., the state reported its first two coronavirus cases. A week later, she lost her job at a beauty salon.

With little savings left after the move, she quickly fell behind on her $750-a-month rent for the three-bedroom apartment.

Before the pandemic, she had dreamed of saving to buy a small house with a yard and setting aside money to put her children, who are 6, 8 and 11, through college. But now she does not even know what they will do next month.

Unemployment benefits helped Ms. Lara catch up until the extra $600 a week approved by Congress expired in July 2020. When she does not have enough money for gas to move her car, she sometimes leaves it parked illegally, racking up tickets.

Her landlord, Roberto Jimenez, tried to be patient. He even took the mic alongside Ms. Lara — both have been active in immigrant justice organizations — at a rally to call on the governor to protect renters.

“She’s got three kids, how can we throw somebody like that to the street?” Mr. Jimenez asked the crowd, motioning to Ms. Lara and her children.

“If the federal government doesn’t help us, we are going to collapse,” Ms. Lara said.

Twice she applied through the county for federal rental assistance, but both times she was told her application was missing documents. She applied for a third time in May but has not received a response.

“My daughter, my son ask me: ‘What is going to happen? Where are we going to sleep?'” Ms. Lara said.

She has been able to pay some back rent after getting a new job at an iron factory, but she still owes Mr. Jimenez over $6,000 in back rent and late fees.

As the months wore on, Mr. Jimenez’s patience waned. He said that if Ms. Lara did not catch up on the rent soon, he would have to evict her.

‘My credit cards have been maxed out’

LaChrisa Winston had until Saturday to leave her Morgantown, W.Va., apartment before facing an eviction.

For months, she managed to pay the $675 rent for her one-bedroom apartment after leaving her job with health concerns in February. She borrowed money from family and friends, and emptied her 401(k). Sometimes she was late, but she said she always paid.

Ms. Winston was denied unemployment benefits because the state agency said she had left her job voluntarily. But it did not feel like a choice to her: Worried about Covid-19 exposures at the cellphone store where she was a saleswoman, Ms. Winston, who has asthma and high blood pressure, decided it was unsafe to keep working.

She applied for rental assistance in July, and her online application still says it is pending.

“My credit cards have been maxed out, everything that I can think of to survive has been completely maxed out,” Ms. Winston said. “You’re kind of faced with, what do I do? Do I pay for health care or do I put food on the table?”

In mid-July, she got a notice from her property manager that the company would begin the eviction process if she did not pay her rent balance of $750 within four days.

It took her five.

Ms. Winston has spent the past week juggling her new job as a hospital scheduler and her classes as a business administration student with the time needed to donate the belongings she cannot take with her and search for affordable apartments.

She knows it will be even harder to find an apartment if she cannot get out in time to escape an eviction record. But with time running low, she felt out of options.

“I’m just kind of waiting on the notice,” Ms. Winston said. “Because I know it’s coming.”

‘There’s not enough money to go around’ 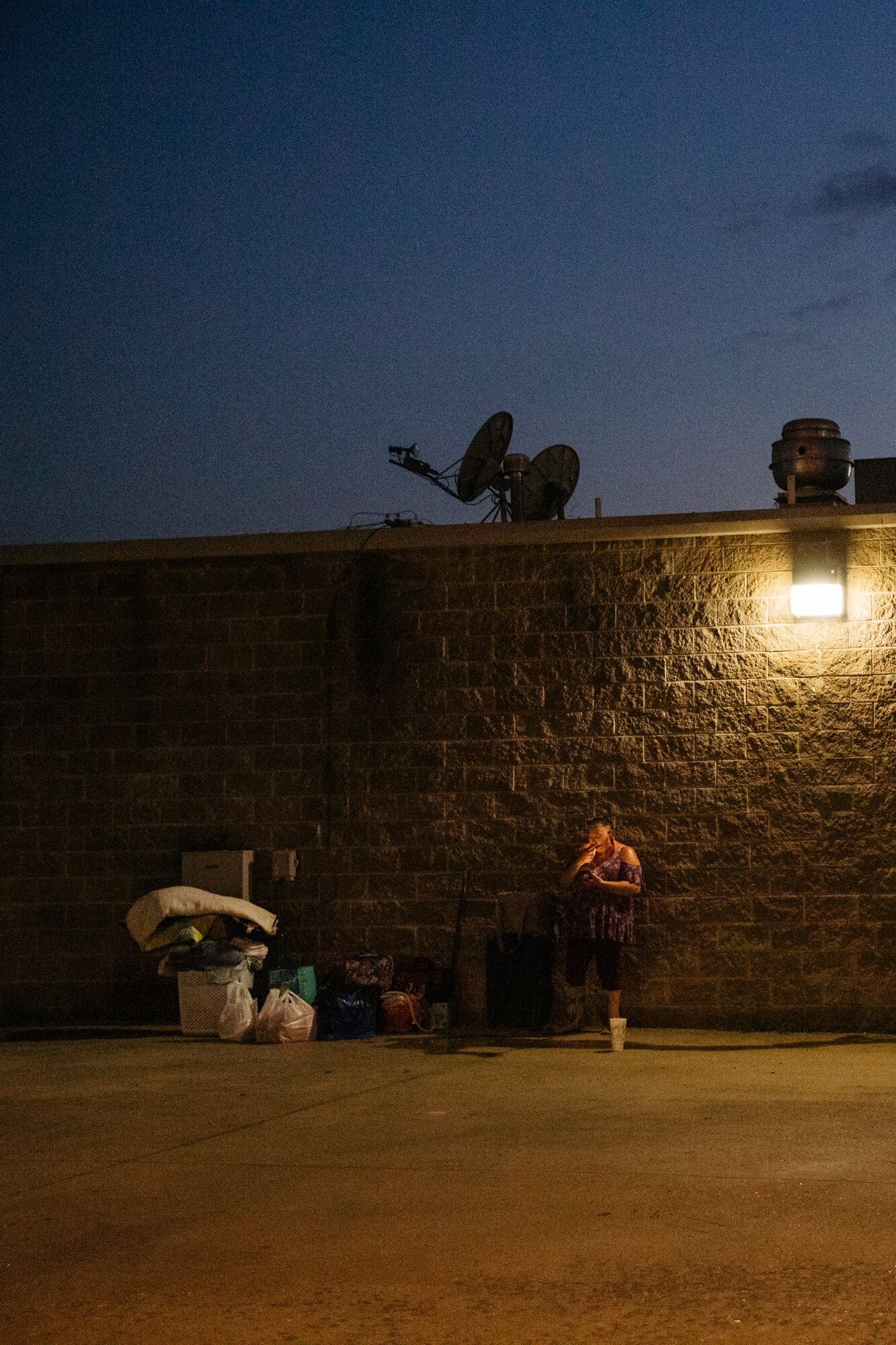 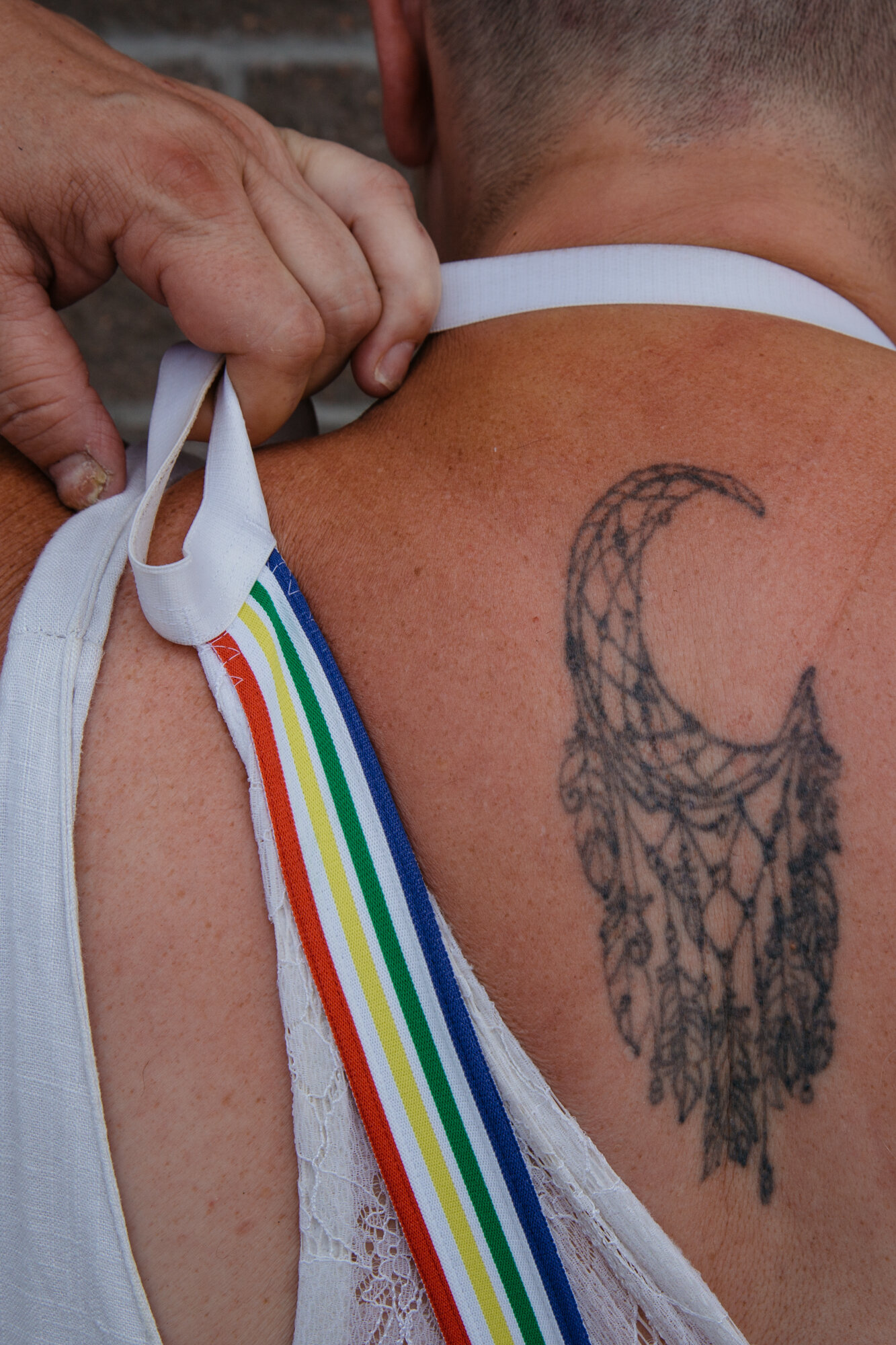 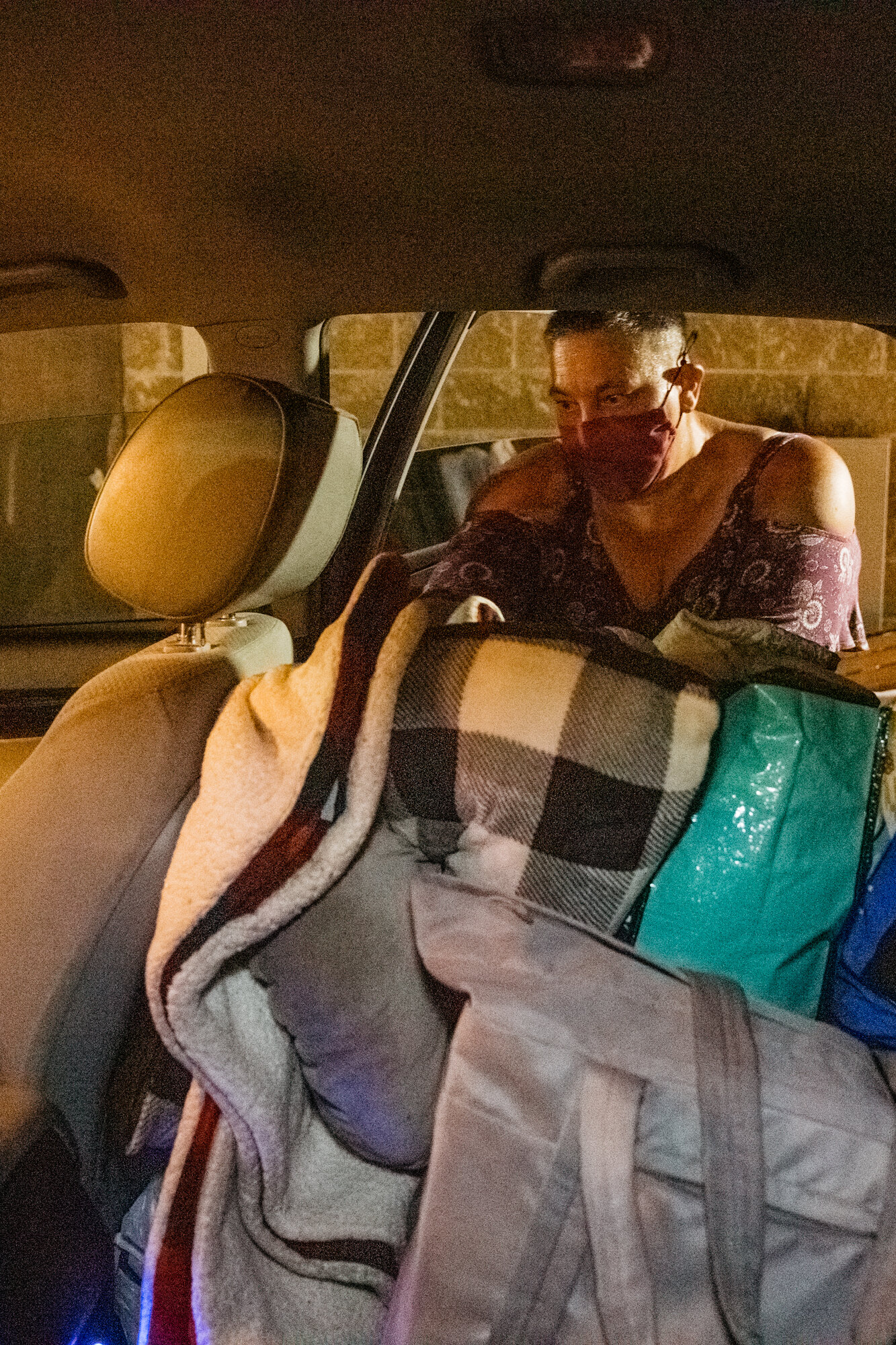 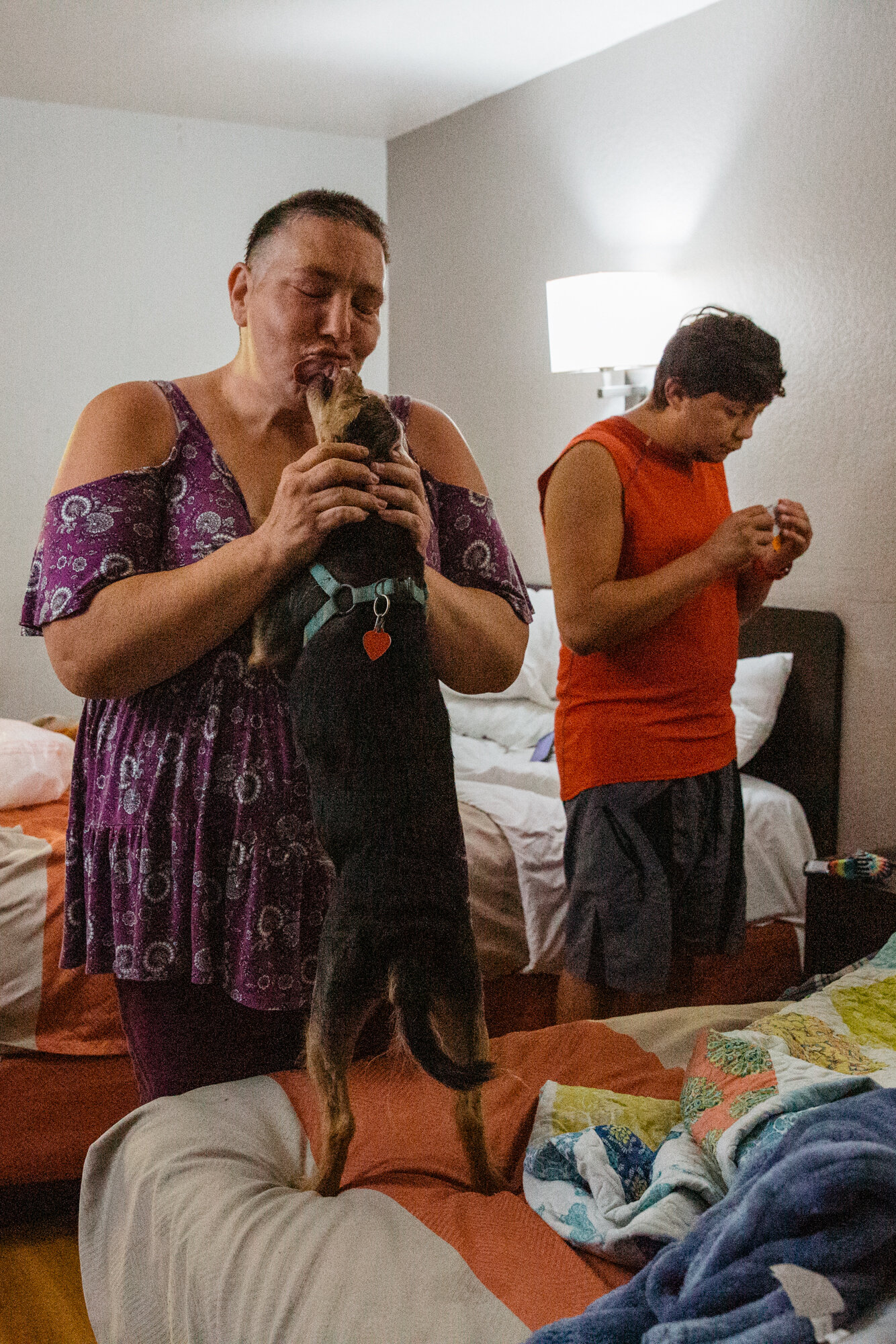 On Wednesday night, Kori Ceola sat next to Speedway gas station with everything she owned.

Her mother, a Choctaw and Irish woman, died 10 years ago and she doesn’t have family to turn to after leaving her home in Springdale, Ark., to avoid eviction.

She placed her things in an Uber and headed to a Motel 6, where she will stay while she continues to look for somewhere else to live.

She will split the bill with three others who are facing homelessness, one of whom currently has Covid-19.

The federal eviction ban protected Kori Ceola for a while: She was allowed to remain in her one-bedroom apartment after signing a copy of the moratorium in March and presenting it to her landlord.

Finding a way to pay the rent she still owed was more difficult.

As soon as she got out of bed on the first day of each month this spring, Ms. Ceola would call two agencies in the Springdale, Ark., area that distributed federal rental assistance. Each time she was told their funds had already run out.

“There’s not enough money to go around for enough people,” she said.

Her application for unemployment was denied, too, because she forgot to attach a document. By the time she uploaded it, the temporary federal program she was eligible for as an independent contractor had ended.

Ms. Ceola, a home nurse, had contracted a mild case of the coronavirus from a patient in January after most of her work had already dried up. Then came 14 unpaid days of isolation in her apartment and the repossession of her car, making it too difficult to return to her clients.

By June, she was more than $3,000 behind on her rent, unable to pay any of the $525 she owed monthly. She decided to leave to avoid eviction.

A week later, while she and her two service dogs were sleeping in a friend’s apartment, the moratorium was extended again. She had already donated most of her belongings. “I think I cried for two days straight,” Ms. Ceola said.

She hopped from couch to couch until this week, when she moved into a room at a Motel 6 with three other people who lost their homes during the pandemic.

Ms. Ceola worries that if she does not find enough money to pay the back rent, the eviction will land on her record, making it difficult to secure a new apartment. But what she wants more than anything, she said, is to return to work.

She preferred treating patients in their homes because she had experienced the poor conditions in some nursing homes.

“I get such a joy out of helping somebody stay in their home,” Ms. Ceola said.

Senators Question Milley and Austin on End of War in Afghanistan

High School Students Talk About What It’s Like to Return