The suspect’s motivations are unclear in a tragedy that left six people dead and dozens more injured during a Christmas parade in Waukesha.,

Community members prayed and held a candlelight vigil a block from where several people were killed during a parade in Wisconsin on Sunday. At the end of the vigil, organizers read the names of those who lost their lives.

[guitar playing] “Tonight, I am heartbroken that so many in our community experienced such horrible trauma. Tonight is the beginning of many nights where we will grieve and mourn for those we lost.” “We are parents. We are neighbors. We are hurting. We are angry. We are sad. We are confused. We are thankful we are all in this together. We are Waukesha strong.” “Now, we will read the names of the five beautiful souls that were lost yesterday. And then after the reading of those five names, we would invite you to lift up those that you would want to name who are in need of prayer this day. And so we remember.” “Wilhelm Hospel.” “Virginia Sorenson.” “LeAnna Owen.” “Tamara Durand.” “Jane Kulich.” 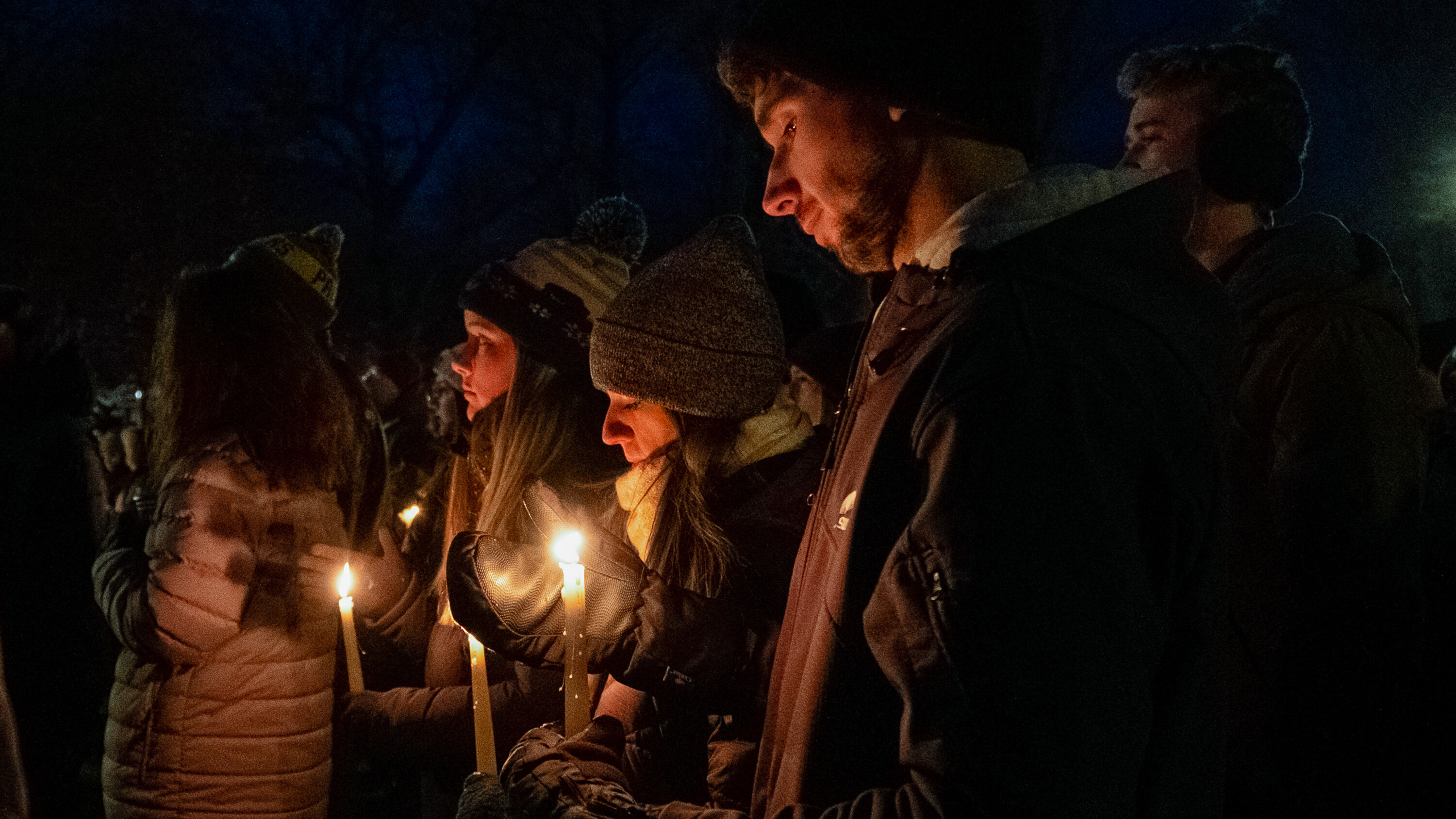 Community members prayed and held a candlelight vigil a block from where several people were killed during a parade in Wisconsin on Sunday. At the end of the vigil, organizers read the names of those who lost their lives.CreditCredit…Mary Mathis for The New York Times

WAUKESHA, Wis. — An 8-year-old boy became the sixth person to die in the Christmas parade tragedy in Waukesha, Wis., his family announced on Tuesday.

Five adults were killed and more than 60 other people were injured after the driver of an S.U.V. plowed through musicians, dancers and onlookers during a holiday ritual on Sunday in the Milwaukee suburb.

The suspect in the attack, Darrell E. Brooks, 39, appeared in court on Tuesday as prosecutors formally charged him with five counts of first-degree intentional homicide, sobbing as prosecutors recounted what had happened at the parade. Prosecutors said they expected to file a sixth homicide charge.

Here’s what is known, and what is still unclear, about the tragedy in Waukesha, Wis.

The perpetrator appeared in court.

The Waukesha police believe that Mr. Brooks drove a maroon Ford Escape through the parade. The city’s police chief, Daniel Thompson, said Mr. Brooks, who has a lengthy arrest record, was arrested near the parade route and is believed to have acted alone.

Prosecutors on Tuesday charged Mr. Brooks with five counts of first-degree intentional homicide, and in charging documents described a terrifying rampage in which a vehicle traveling at an estimated 25 miles per hour barreled through the crowded route.

A Waukesha police detective said he initially stepped in front of the Ford Escape and pounded on its hood, shouting “Stop!” several times, but the vehicle, at that time moving at a relatively slow speed, kept moving.

Seconds later, the officer said, he heard on his radio that the vehicle had picked up speed as it proceeded onto East Main Street and struck several pedestrians. Other officers attempted to intervene, with one officer firing three shots into the vehicle, but it continued without stopping.

“As I continued to watch the S.U.V., it continued to drive in a zigzag motion,” one witness told the police, according to the charging documents. “It was like the S.U.V. was trying to avoid vehicles, not people. There was no attempt made by the vehicle to stop, much less slow down.”

Another witness told a detective that the driver appeared to have “a direct intent to hit as many parade participants” as possible.

Those killed ranged in age from 8 to 81.

Jackson Sparks, 8, became the youngest victim of the parade attack when he died on Tuesday, his family said on a crowdfunding site.

Jackson and his 12-year-old brother, Tucker, were two of 18 children admitted to Wisconsin Children’s Hospital on Sunday. Jackson had brain surgery that evening. Tucker, who sustained road rash and a fractured skull, will be discharged from the hospital.

A cousin of the siblings, Alyssa Albro, wrote that the family would continue “to heal and mourn the tremendous loss of their sweet little boy who is now under the care of Jesus.”

The five adults who died in the attack were over age 50, including three members of the Milwaukee Dancing Grannies, a group of women whose pompom routines have long been a staple of local holiday parades.

The motive for the attack is unclear.

Chief Thompson said Mr. Brooks intentionally struck people with his car after fleeing a domestic dispute possibly involving a knife. Police officers were responding, though not pursuing Mr. Brooks, when he veered into the parade route, officials said.

Chief Thompson said there was no indication that Mr. Brooks knew anyone marching in the parade, nor was there any sign that the incident was an act of terrorism.

The suspect had recently been released from jail.

Mr. Brooks had been arrested repeatedly in Wisconsin since the 1990s, accused at different points of battery and domestic abuse and resisting the police. This month, prosecutors in Milwaukee said, he intentionally ran over a woman he knew with a maroon Ford Escape. Prosecutors in Milwaukee County said they had erred in recommending a $1,000 cash bail in that case.

Mayor Shawn Reilly described the march down Main Street as “a Norman Rockwell type of Christmas parade” that has been a cherished event in Waukesha for decades, with high school bands and dance troupes and local politicians all walking through town. Residents were especially excited for this year’s iteration after the parade was called off in 2020 because of Covid-19. More than 60 entries, from the Fire Department to the Waukesha Old Car Club to Santa Claus, had signed up for the parade.

“That parade became a nightmare,” Mr. Reilly said on Monday. “Lives were lost during the middle of what should have been a celebration.”

It is unknown why Mr. Brooks was in Waukesha.

Chief Thompson said Mr. Brooks had been involved in a domestic dispute shortly before he drove through the parade. But the police did not respond to questions about exactly where that dispute took place, or why they believe that Mr. Brooks had come to Waukesha in the first place. In court records, Mr. Brooks usually listed addresses in Milwaukee, about 20 miles east of Waukesha.

Father and Son Arrested on Suspicion of Starting the Caldor Fire